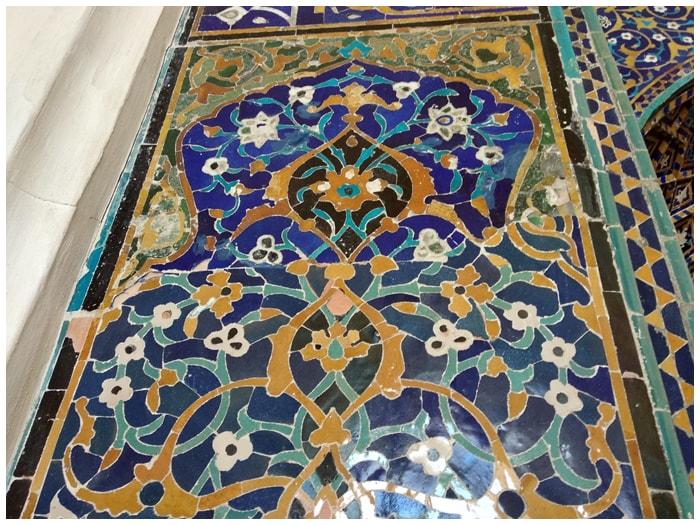 Day 1: Tashkent
Your tour will start from the city tour in the capital city of Uzbekistan. Tashkent is a wonderful city with its own character. We will start from the main square called Independence square, this square was built as a symbol over the fascism in World War II. Then we will visit another square called Amir Timur Square, we will walk through the local Broadway. Then we will take a ride in famous Tashkent metro which is vwery beautiful subway of the world. The first line was built in 1977 and from that moment Tashkent metro became a site of this city. In the afternoon we will go to see an old part of the city with Chorsu Bazaar, Kukaldash Madrasah and Hast Imam Complex. The main thing we should see in Hast Imam Complex is the Oldest Quran copy of Othman. This Quran is dating back to 8th century and belonged to Othman Ibn Affan who was one of the Caliphs of the Prophet Muhammad. Othman was killed by the people who didn't believe in Islam and we still can see his blood on the pages of the book. The night is in the hotel.

Day 2: Tashkent - Samarkand
This day we will explore another well-known city of Uzbekistan called Samarkand. We will take a train from Tashkent to Samarkand. Samarkand is the second largest city of Uzbekistan and it situated on the valley of the river Zeravshan. This city has the same age with the cities like Babylon and Rome. During our city tour we will see the main places like Registan square which has three madrasahs and it's a symbol of this city. Then we will visit Shakhi-Zindeh complex which is a collection of the mausoleums from 11th -15th centuries and it's also a part on UNESCO Sites. Then we will go to see Guri Emir and Bibi KHanim mosque, this mosque was built in honor of favorite wife of Tamerlane. He was inspired after his visit to India. The night is in the hotel.

Day 3: Samarkand
This day we will continue Samarkand city and will visit Ulughbek observatory which was built in 15th century. Ulughbek was a famous ruler and scientist and built this observatory where he worked a lot and created a catalog called Zidji Guragoni in 1437. In this catalog he wrote information about 1018 celestial bodies. Ulughbek was killed by the border of his own son. Then we will walk to the local Broadway for some shopping. We will see the souvenir shops, teahouses and workshops. Then we will visit a National bazaar called Siab, which is an oriental bazaar where it's easy to find traditional handmade products and sweets. Then we will go to visit a carpet factory, every carpet is unique creation. In the factory we will see 400 women who work and create the carpets. The last place we will visit in Samarkand will be a paper workshop where they produce silk papers. The night is in the hotel.

Day 4: Samarkand - Tashkent
This day we will take a train to Tashkent and will have a city tour in the capital city. First of all we will visit a Courage Monument which is a memorial complex which was erected in honor of the elimination of the consequences of the Tashkent earthquake. Then we will visit Zangi Ota memorial complex. The legend says that Zangi-Ota was a shepherd who was very wise and made many good things for the people. The last place in your tour will be State Museum of Applied Arts of Uzbekistan, we will see the collections of glasses and national clothing, hand and machine embroidery, skullcaps and national fabrics, carpets and woodcarvings. The night is in the hotel.