Crossroad of the treasures 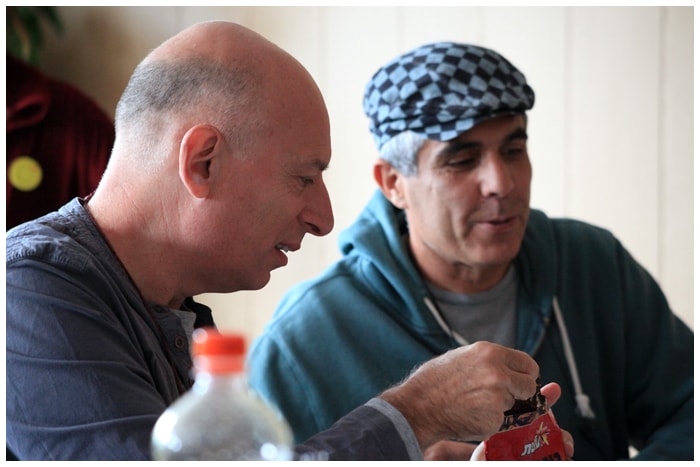 Tour title: Crossroad of the treasures

Day 1: Tashkent - Nukus
You will arrive to the international airport of Tashkent and will meet your guide and driver. Today you will have a whole day city in the capital city Tashkent visiting Independence square which is the main square of the country built as a symbol of victory over fascism in World War II. Then we will walk along the local Broadway, a walking street between independence square and Amir Timur square. Then we will take a ride in famous Tashkent metro, which is the most beautiful subway in the world. The metro was opened in 1977. Then we will visit the old part of the city with Chorsu Bazaar, Kukaldash Madrasah and Hast Imam complex. Hast Imam Complex consists of a number of madrasahs, mosques and mausoleum. The main exhibit is the Othman Quran. This Quran is the world's oldest Quran copy dating back to 8th c. Quran belonged to Othman Ibn Affan, he was the Third Caliph of Muhammad. Othman was killed by non-muslims in 8th century. We can see his blood spred over the Quran that you still can see on its pages. In the evening we will fly to Nukus. The night is in the hotel.

Day 2: Nukus - Kungrat - Sudochye - Aral Sea
This day we will drive to Aral Sea and it will take nine hours. On the way we will visit Nukus - Kungrad - Plato Ustyurt - Sudochnye Lake - Aral Sea. We will stop also at Gaur-Kala Fortress which is known as a fortress of Infidels, it was built in fourth century BC. The walls of the fortress are very strong and they have been preserved until these days. Nowadays it's hard to say what type of buildings they were. We will arrive to Aral Sea very late a little bit before the sunset. Our driver will prepare the camp while we will walk around and enjoy our open-air dinner. The night is in the tent.

Day 3: Aral Sea - Muinak - Nukus - Tashkent
The morning is the best period of time to make great pictures. Then we will visit a wonderful Canyons of Ustyurt and will continue to drive towards Muinak through the bottom of the Sea which is dry now. The Muynak town is a bad example of ecological disaster of this century. There was a biggest Karakalpakistan's port and Aral Sea center of fishery it times when this place was alive. We will visit the graveyard of ship on the area which was shore before and a museum. Then we will drive to Nukus where we will take a flight to Tashkent. The night is in the hotel.

Day 4: Nukus - Ayaz Qala - Tuprak Qala - Khiva
This day we will drive to Khiva which is the oldest city of Uzbekistan and it's full of history and beautiful sites. The history of this city is connected a lot with the legendery Khorezmshah's State. The capital of Khorezmshah was Urgench. Khiva was a major trading center of 10th century, it was a time of Silk Road. Many caravans were passing through this city from the sunrise to the sunset from China and back. Nowadays we can see this unique city carefully preserved and cherished to pass from generation to generation. Also on the way we will visit two famous fortresses like Ayaz Qala and Turpak Qala. Ayaza Qala is an ancient castle of Khorezm and it was named after legendary warrior-slave Ayaz who was a Turkic folklore. This fortress was built in II century AD. Turpak Qala was a royal city of Khorezm ruler Artav and if you translate the names of this fortress it means "Clay fort". According to the archeologists this fortress was built in 1 or 2nd century AD. It was very developed fort until 6th century AD. Different wars and other events destroyed completely this city and left it without any sign of life. The night is in the hotel in Khiva.

Day 5: Khiva - Tashkent
This day we still explore Khiva city before to depart to the capital. We will explore Ichan Qala which the inner city of Khiva, surrounded by the strong walls. We will see inside very old buildings, palaces, mosques, madrasahs, minarets, caravan serais and bathhouses, all of them make this city like museum city. Ichan Qala has over 400 traditional dwellings and 60 architectural monuments. In 1969 Ichan-Qala became a historical and architectural conservation area. The most important sites of this inner city is Kunya-Ark fortress from 17th century which was found by Muhammad Arang Khan, Kalta Minor minaret and Tash Khouvli palace which is a wonderful sample of Khorezm architecture from 1830s. We will take evening flight to Tashkent. The night is in the hotel.