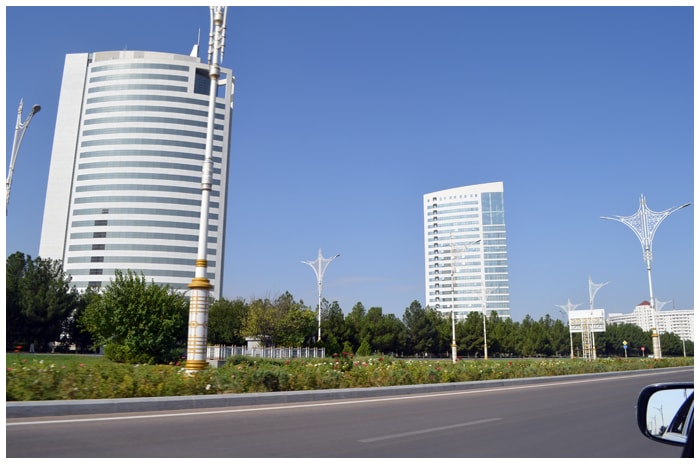 Day 1: Ashgabat
You will land at the International Airport of Ashgabat and will be trabsferred to the capital city. We will start to explore the capital city which was founded in 1811. The city is located very close to the Iran border on the foothills of Kopet Dag. The name Ashgabat has a nice meaning from Persian language. Eshg means Love and abad means populated. The city tour will include the places like Lenin square, Park of Independence and Arch of Neutrality. Then we will two more museums like Museum of Ethnography and Museum of Fine Arts. The night is in the hotel.

Day 2: Ashgabat - Merv - Mary
This day we will drive to the east of Turkmenistan and visit a fortress called Abiverd and will continue to drive to ancient Merv. The settlement Abiverd is one of the historical reserves of Turkmenistan in the line with Kunya Urgench, Nissa, Merv, Dakhistan. The remains of Abiverd are ocated netween Ashgabat and Mary. Then we will see the ruins of Seyit Jamal-ad-Din Mosque. The mosque was built in 1456 by the order of Mohammed Khudaiot. Merv was a city on the crossroad of the Great Silk Road and became a main and big city of the ancient World. And it was also a capital of Islam along with Baghdad, Cairo and Damascus. In Merv we will have a guided tour visiting the places like Gyz Gala, Erk Gala, Soltan Gala, Soltan Sanjar Mausoleum and Ibn Zeid Mausoleum. Then we will drive to Mary. The night is in the hotel.

Day 3: Mary - Ashgabat - Darwaza
In the morning we will have a nice breakfast and will drive to the aiport to take a flight ot Ashgabat. Then we will drive to the Bahardok village to see the village life of the Turkmen people. In the afternoon we will drive to the Gas crater called Darwaza which is located to the north of Ashgabat. We will stay in the camp near the Crater and enjoy a nice evening with the view to the crater. The night is in the hotel.

Day 4: Darwaza - Ashgabat - Nisa - Horse farm - Ashgabat
In the morning we will have breakfast near the crater and will head to Ashgabat. From Ashgabat we will drive to Nissa fortress which is a Sanctuary of Partian Kings and part of the UNESCO Heritage site from 2007. Then we will drive to Horse farm and will see the pride of Turkmen people Akhal-Teke horses. They will make us a short show showing their skills. Then we will return to Ashgabat. The night is in the hotel.

Day 5: Flight
In the morning is transfer to airport.