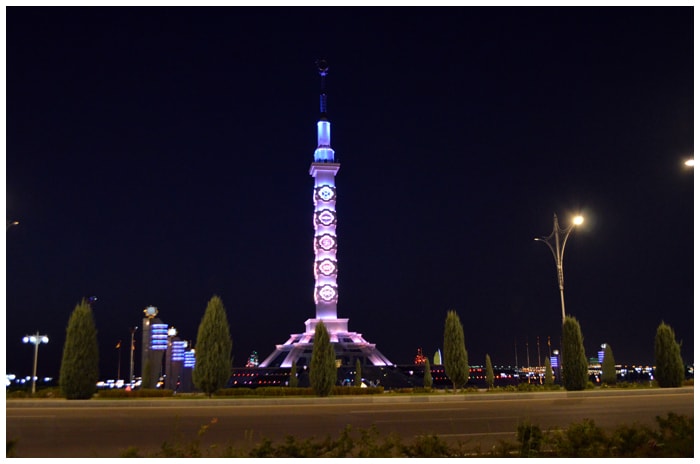 Day 1: Ashgabat
You will meet your guide at the Ashgabat International Airport and we will explore the capital of Turkmenistan. The capital of Turkmenistan was founded in 1881 and is located 25 km from the border with Iran. The name Ashgabat comes from a Persian word "eshg" - means love and "abad" -  populated or well-maintained. Today we will have city tour in Ashgabat visiting of Lenin's square, Park of Independence and Arch of Neutrality. Then we will visit Museum of Ethnography and Museum of Fine Arts. The night is in the hotel.

Day 2: Ashgabat - Merv - Mary
Today we will drive to the fortress Abiverd and Ancient Merv. A settlement Abiverd is one of historical reserves of Turkmenistan. There are other reserves like Kunya-Urgench, Nissa, Merv, Dakhistan.  Abiverd is located between Ashgabat and Mary. Then we will see the ruins of the 15th century Seyit Jamal-ad-Din Mosque. This mosque was built in 1456 and was financed Mohammed Khudaiot. The settlement Merv was located at the crossing point of the Great Silk Road and became one of the largest cities of the ancient world. It was also the most important capitals of Islam along with Baghdad, Cairo and Damascus. In Merv we will have a guided tour visiting Gyz Gala, Erk Gala, Soltan Gala, Soltan Sanjar Mausoleum and Ibn Zeid Mausoleum. Then we will drive to Mary city. The night is in the hotel.

Day 3: Mary - Ashgabat - Darwaza
After the breakfast we will be transferred to the airport to take a morning flight to Ashgabat. Then we will drive to the North of Turkmenistan and will visit a village named "Bahardok" to see village life of Turkmens. In the afternoon we move to the Gas Crater - Darwaza. In the evening you can observe the spectacular and fascinating view of the gas crater during your tour. The night in at the tent.