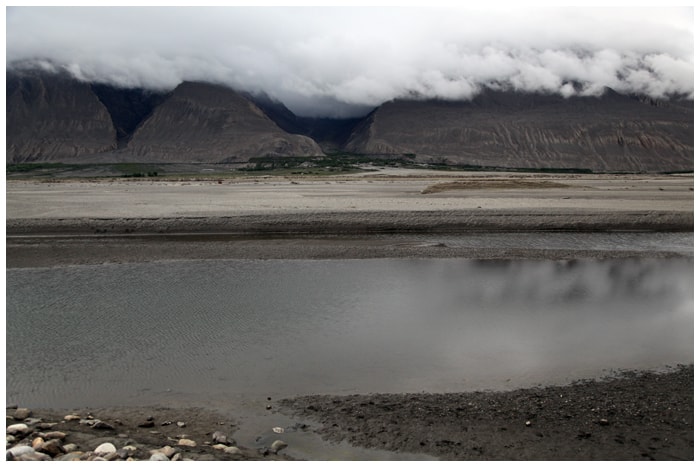 Day 1: Bishkek - Ala Archa - Bishkek
This day you will be picked up at Manas International Airport and drive to the capital of Kyrgyzstan, Bishkek. It will take about 30 minutes to get to Bishkek. Thi day you will explore the main sites such as Pobeda Square (Victory Square), Duboviy Park (Oak Park), Central Ala-Too Square, Old Square, National Philharmonic, and many others places of interest. In course of the tour you will explore the spectacular natural sight Ala Archa gorge that is translated from Kyrgyz, it means "variegated juniper". This name is given to the gorge because of the abundant thickets of both tree-like and creeping juniper that cover its slopes. It has an area of 2280 ha, it was formed in 1976 in the gorge of the same name, 40 km from Bishkek. The Park is located on the Northern slope of the Kyrgyz range at an altitude of 1600-4875 m, starting from the high center of the Kyrgyz Ala-Too and continuing North to the Ala Archa gorge. You will observe the amazing views of the gorge. Then you will drive to Bishkek. You will rest the night in the hotel.

Day 2: Bishkek - Burana - Chon Kemin
After breakfast you will explorer the incredible site Asian Bazaar. This Bazaar has its own soul and interesting interiors. Here you can enjoy fine commercial products and fresh fruit. Don tmiss chance to take photos of colorful rows. In the afternoon you will be transferred to spectacular Chon Kemin Gorge. Along the way you will visit Burana Tower this monumental, religious building of the 10th - 12th centuries belongs to the period of domination of the Karakhanid tribes, who owned most of Central Asia 900 years ago. It is made of baked bricks and arched beams. You will also see Balbals. Then you will continue driving to Chon Kemin. After arrival you will be offered to have a horse riding about 3 hours. The tour rout will show you the amazing mountains and fir trees forest, you will have a chance to breathe the fresh mountain air. On the top you will be impressed by the spectacular panorama of the gorge. This night will be in the home stay.

Day 3: Chon Kemin - Issyk Kul lake northern shore - Karakol
In the morning you will start your driving to the gorgeous Issyk Kul Lake. The largest lake in Kyrgyzstan and one of the deepest lakes in the world. Issyk-Kul is located in the North-East of the country, between the Tien Shan mountain ranges, at an altitude of 1608 meters above sea level. The name "Issyk-Kul" means "hot lake"in Kyrgyz. The lake is so named because of its properties not to freeze even in the harshest winters. The water here is brackish, and during the summer the water column accumulates enough heat to prevent the formation of ice. In terms of transparency and purity of water, Issyk-Kul ranks second in the world after lake Baikal.  This day you will transfer along the northern shore of Issy Kul and fascinate the amazing views of the lake and celestial mountains. You will direct to Karakol today. And after arrival visit the masterpiece of architecture Dungan mosque. After you will explore an old wooden Orthodox Church. You will spend this night in a guesthouse.

Day 4: Karakol - Jeti Oguz - Issyk Kul southern shore - Kochkor
This day you will drive to Jeti Oguz gorge. Translated from Kyrgyz, it means "Seven bulls", because of the red rocks, which are actually larger due to soil erosion. The rocks are especially beautiful on Sunny days. Red stones directly burn against the background of the surrounding greenery - this is where the Tien Shan firs grow, sometimes more than sixty meters high. Most trees are more than a hundred years old. In the tour you will observe the Broken Heart Mountain. You will have a chance to go to the top and overlook the amazing view of the panorama. The gorgeous panorama will show you picturesque landscapes. After you will continue tour with transferring to Bokonbaevo village, where we will know interesting facts about eagle hunting from local eagle- hunter. On the way you will observe fascinating views of the southern shore of Issyk Kul lake. The night will be in home stay.

Day 5: Kochkor - Son Kul
In the morning you will transfer to Son Kul Lake. A unique high-mountain lake located in Kyrgyzstan, in the North-Western part of the Naryn region at an altitude of 3016 meters above sea level. It is the second largest lake in the Republic. It was formed between two beautiful mountain systems of the Tien Shan-Son-Kul-Too and Moldo-Too. In winter, the lake is closed, but in summer, many travelers come here to relax from the bustling city, a place where there is no cellular connection. There is a beautiful landscape that perfectly reveals all the virgin charms. You will be able to enjoy the lake's beach and take photos upon arrival. You will rest the night in the yurt. The yurt is portable comfortable frame dwelling with felt covering for nomads.

Day 6: Son Kul - 33 parrots Pass - Kochkor - Bishkek
You will get acquainted today with locals and then direct to the capital of Kyrgyzstan Bishkek. You will drive today via picturesque mountain pass 33 parrots pass (3 133 m). Kyrgyzstan is a country of mountain Paradise, where an incredible number of mountain passes are located and 33 parrots are considered one of the best. You will drive today to Kochkor village and meet a family of local residents who will show you about the ancient method of making felt carpets. Here you will also find a small handicraft museum there. There you can observe many examples of silver decorations, coats made of wolves, horse saddle decorations, carpets and more. Then you will drive to the capital of Kyrgyzstan - Bishkek city. You will rest the night in the hotel.

Day 7: Bishkek - Osh
After breakfast you will drive to the airport and fly to the second capital of Kyrgyzstan Osh which is situated in the southern part of Kyrgyzstan. Osh was a major trade center on The great silk road, linking the Mediterranean and the middle East with the Pamirs, Tibet, China, and India. After arrival to Osh you will have a chance to discover the amazing streets and holy place for Muslims Suleiman Mountain. The mountain is located in the very center of the city that surrounds it. The local mountain is considered sacred, and since 2009 it has been on the UNESCO world heritage list. The height of the mountain is 1,110 meters, and it consists of limestone. You will also visit Asian Bazaar. A Bazaar that contains an incredible amount of Oriental spices and sweets. You will have today a lot of colorful photos. This night will be in the hotel.

Day 8: Osh - Guliston border - Khujand
After breakfast you will transfer today to Tajik border and then to Khujand city. You will be met today by Tajik guide on the border and you will be departures to Khujand city. Khujand is the second largest and most important city in Tajikistan, located in the North of the Republic, in the Western part of the Ferghana valley. The city has an ancient history. According to many historians and archaeologists, the legendary city of Alexander-Eshata was built by Alexander the great on the site of the present Khujand (V century BC). Since ancient times, Khujand, located at the crossroads of trade routes of the East, was one of the most important economic, military-strategic and cultural centers of Transoxiana. The Great Silk Road passed through it. At the moment, the city is home to about 150,000 people. In the second part of the day you will visit Cultural Palace of Khujand. During the tour you will see Central Mosque that is situated in the middle of the city. Your night will be in the hotel.

Day 9: Khujand - Iskanderkul Lake
This day you will have a tour to fascinating Lake Iskanderkul (2 255 m. a. s. l.). This is the most beautiful lake in Tajikistan, which is located in the center of the beautiful Fann mountains. Which are considered one of the best areas for recreation. The lake was named after the legendary commander Alexander the Great. Upon arrival to the picturesque lake you will have a chance to explore the surface of the lake and walk along it beaches. You will have a tour to mesmerizing waterfall about 40 minutes. Tajikistan has an incredibly large water resources of the country. It ranks second in terms of water resources among Central Asian countries: it has the highest water reserves of all Central Asian countries with more than 1 000 rivers, 2 000 lakes and 8000 glaciers. The overnight is in the homestay.

Day 10: Iskanderkul - Dushanbe
This day you will explore the amazing capital of Tajikistan Dushanbe. You will transfer today through amazing Anzob pass (3 372 m) and tunnel of Isticlol. You will admire today the enchanting mountain views and passes, you will also take amazing photos today. This day you will have a city tour and discover the main attractions. You will be offered to visit Rudake Park, National library, White House, National state seal, and House of parliament. Then you will stroll in National park where you will have a chance to make photos of Ministry of Inner Affairs and the biggest National Flag in the world - 165 m high pole, 30 m wide, 60 m long. In addition you will experience Central Museum and Gurminj Museum of traditional musical instruments. The night will be in the hotel.

Day 11: Flight
In the morning is transfer to the airport.