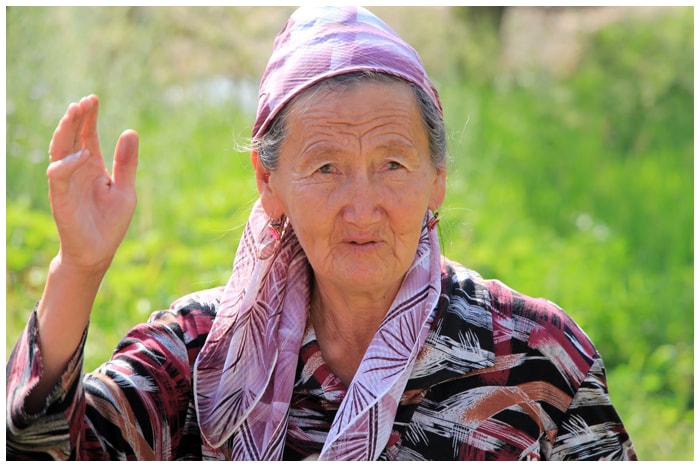 Day 1: Almaty
After arrival to Almaty, you will have a city tour, where you will explore the amazing highlights. You are going to visit Almaty Museum, there you will learn about the history of Almaty. Then you will fascinate the amazing building with unique architecture Abai Opera an Ballet Theatre. You will continue tour with one of the oldest of Almaty parks - Park of 28 Panfilov Guardsmen. You will see he fabulous building which is considered to be one of the most beautiful in the Zenkov Cathedral. During the tour you will see the Memorial of Glory and Eternal Flame, and discover the splendor of the Museum of Musical Instruments. You will direct to the next destination the Green Bazaar, you will have a chance to enjoy there the atmosphere of the local life and take interesting pictures. After you will get to the following spot the Medeu Gorge where is located the highest mountain skating rink in the world at the altitude 1690 meters and the dam, that protects Almaty from dangerous landslide. You will also explore today Shymbulak ski resort area. Your tour will continue with fabulous sight of the city Kok-Tobe hill, you will see there the amazing panorama views, stroll along paths and discover the mighty of the tall TV tower. You will reach this place by the park eco-cars. You will finish the adventure with amazing ride from the top of the hill to the center of the city by popular Almaty cableway*. On Tuesdays, in the tour departing at 10:00, cableway is not available. Park eco-cars are used instead. You will spend the night in the hotel.

Day 2: Almaty - Altyn Emel
After breakfast the route will take you to Altyn Emel. You will arrive to Altyn Emel National Park at 12:00. This day you will see amazing natural attraction the Singing Dune. A 150-meter sand dune stands alone in the desert near the river Ili between two ridges of the Dzungarian Alatau - Kysty-Kalkan (Small Kalkan) and Ulken-Kalkan (Big Kalkan). The length of the dune is about 3 km. Around - only a stony desert, overgrown with saxaul and small bushes. Dunes tend to change their location. The sand they are made of is a fairly light substance that is constantly carried by the winds. The Kazakh giant, scientists say, has occupied a single position for thousands of years. The singing mound was nicknamed, because at times it makes unusual sounds. The melody of sand can be caressing, melodic, or, on the contrary, frightening, ominous. It seems that a huge mound hides a powerful force trying to tell humanity the secrets of the universe.  You will have chance to observe the magnificent panorama from the Dune and make a wish. You will spend the night in the hotel.

Day 3: Altyn Emel
After breakfast you will explore Katutau and Aktau mountains. Katutau volcanic mountains are located in South-Eastern Kazakhstan between the Ili river and the Altyn-Emel range. The Katutau mountains are located in the center of the Altyn-Emel State national nature Park. The name of these mountains is translated differently - gloomy, empty, dead. None of the names fully correspond to the translation. And yet the mountains correspond to these names, combining them into a single image. In ancient times, there were volcanoes in these places. The rocks that make up the mountains are entirely of volcanic origin. Evidence of volcanic activity was found in the remains of mud volcanoes in the surrounding area. From time to time, perfectly preserved remains of ancient animals (crocodiles, giant rhinos, turtles and dinosaurs) are found in the mountains of Aktau - witnesses of those amazing times when everything was just beginning. Night will be in the hotel.

Day 4: Altyn Emel - Charyn Canyon - Kolsai Lakes
After breakfast you will transfer to Ash-tree Grove on the Temerlik River. Nature has always been the most brilliant creator of wildlife. The entire surrounding plant world was created and changed over time. Such unique plants include the Sogdian ash - a tree that has kept its appearance unchanged for more than 2 million years since the Pliocene, which survived the famous ice age. The viability of this species is so great that there are trees that have lived for more than 700 years and still live today. You will drive to Charyn Canyon. In the Charyn canyon, you really get the feeling that you left the sinful Earth and moved to the red planet. the length of the canyon was about 154 km, and the height of the rocks reaches 150-300 meters. the canyon was formed 12 million years ago. Nearby is an incredibly beautiful attraction, the valley of castles, where you will walk and admire the towers and castles, which was created by nature itself. After you will drive to Saty village for overnight in guest house.

Day 5: Kolsai - Kaindy lake - Almaty
After breakfast you will drive to Kaindy lake. The lake was formed by an earthquake in January 1911. Rocks that collapsed as a result of aftershocks blocked the path of the rapid mountain river, forming a natural dam in its bed. This part of the gorge gradually filled with water, and a lake appeared. The lake has clear water, the color of which changes depending on the time of year from beautiful turquoise to dark blue. The bare tops of fir trees rise straight out of the water. These goals are the main attraction of the lake. The hundred-year-old trees were preserved and did not rot, because at an altitude of 2000 meters above sea level, the water temperature is very low. You will departure to Almaty in the end of the tour and spend the night in the hotel.

Day 6: Flight
Hotel breakfast and check-out. Transfer to the airport and departure.