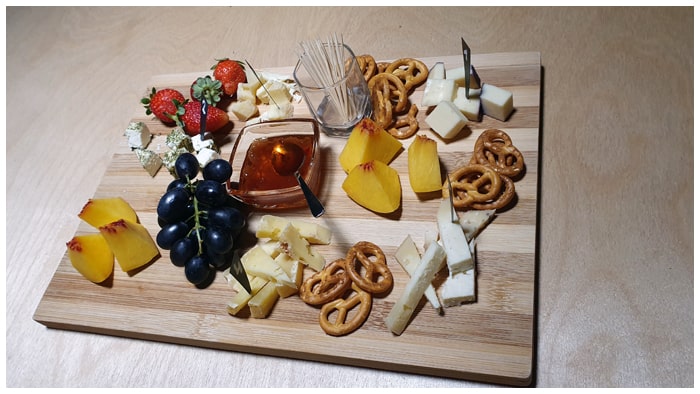 Day 1: Yerevan
When you arrive in Yerevan, you will be greeted at the airport and taken to your hotel. Depending on the time of your arrival, you'll be given a walking tour of Yerevan's center after you've settled in. Yerevan is Armenia's capital and biggest city. The city is located in the northeastern portion of the Ararat valley, bordered by the Caucasus Mountains, at elevations ranging from 900 to 1300 meters above sea level. Yerevan is proud of its rich and illustrious history, which dates back to the seventh century BC. There is a lunch option in the evening at a well-known restaurant with a live music program. You'll be spending the night in a hotel.

Day 2: Yerevan - Echmiadzin - Yerevan
Your day will begin with a tour of Armenia's capital, beginning at the Victory Park observation platform and ending at the Cascade, a sort of open-air museum of modern art. Following that, the Sergei Parajanov Museum and the edifice of the Opera and Ballet Theater will be viewed. Your next destination in Echmiadzin, Armenia's spiritual capital, will be the 7th-century Church of St. Hripsime and the Mother See Cathedral of St. Echmiadzin. You'll stop for lunch and a break on the way back to Machanents Creative Center. Sasuntsi - Kochar David's work could catch your interest. Following that, you'll be guided through the history of carpet weaving at the "Megerian Carpet" factory's museum, which has 400-year-old carpets. Those who wish to work with our artisans to create their own carpets are welcome to do so. In the evening, take a stroll along Northern Avenue to observe the Republic Square singing fountains. You'll be staying in a hotel for the night.

Day 3: Yerevan - Goris
After breakfast and checking out of the hotel, travel through the Ararat valley to the Khor Virap monastery. The history of the monastery is connected with the conversion of Armenia to Christianity in the fourth century. Khor Virap offers an excellent view of Mount Ararat due to its proximity. Then, in the Vayots Dzor area, travel to Areni, Armenia's winemaking center. As you can see, six thousand years ago, the Areni cave was the site of the discovery of wine production on Armenian land. The world's oldest shoe, discovered in a cave in September 2008, remains the most extraordinary find. Then you'll visit the magnificent 13th-century Noravank monastery, which is nestled among red rocks in a lovely canyon. After lunch, you'll make your way to Goris for a rest and some sampling. Check in and unwind. Evening Goris and its environs captivate all visitors. Walking tour of Goris. You'll be staying in a hotel for the night.

Day 4: Goris - Yeghegis
After a brief breakfast in Goris, you'll go to Zorats Karer (Karahunj), a unique and peculiar location. Zorats Karer is an ancient archaeological site with an old megalithic construction located 1770 meters above sea level. Rows of massive red-brown monoliths may be seen from the road. According to archaeological finds, Karahunj was a sixth-millennium BC observatory. Many of the steles have holes engraved in them that match to the positions of the stars in the sky 7.5 thousand years ago. Then there's Tatev, Armenia's medieval architectural crown jewel. The public may now ride the world's longest cable car, which spans the 320-meter-deep Vorotan canyon. After a delightful meal, your journey will take you to Yeghegis, where you will spend the night.

Day 5: Yeghegis - Sevan lake - Dilijan
The tour will begin with a visit to the Selim Pass, which is located at an elevation of 2500 meters above sea level. From here, you may enjoy a magnificent perspective of the surrounds. This day will be spent visiting Lake Sevan, Armenia's blue jewel. Sevan is one of the world's largest highland freshwater lakes, at 1900 meters above sea level. Alternatives include cheeses that have been aged in wine or cognac. Visit the monasteries of Ayrivank and Noradus. Then you'll enjoy lunch and a master class with Tsaghkunk's most well-known chef. In 874, Princess Mariam founded the Sevanavank Monastery, which overlooks a magnificent lake surrounded by mountains. Dilijan, a resort town famous for its magnificent woodland surroundings and pure air scented with pine, will be our next stop on our tour. A trip around the historic district takes you to a town from the seventeenth century. Spend the night at the hotel.

Day 6: Dilijan - Gyumri
Travel to Armenia's Lori region after a substantial breakfast and a cup of freshly brewed coffee. The itinerary includes visits to the UNESCO World Heritage-listed ancient monasteries of Sanahin and Haghpat. Sanahin and Haghpat were the most important educational and scientific centers in medieval Armenia. Lori is home to a number of architectural marvels as well as stunning vistas of green woods, steep Debed River canyons, and old riverside towns. Lunch is offered at the nearby Kefoe restaurant, which serves traditional Armenian food made according to family recipes. You will then go to Gyumri, Armenia's cultural capital and second biggest city. The city is home to a local legend museum, a historical and cultural reserve, five churches, a monastery, and an Orthodox chapel. The Amenaprkich Church (Church of the Savior), on the other hand, is the most magnificent and historically significant of the three churches. Dinner is served in the gastro-yard at Gvug. Overnight.

Day 7: Gyumri - Yerevan
On your Gyumri trip, explore Sev Berd, the Museum of Crafts, and Frunzik Mkrtchyan after breakfast. The Cherkezi Dzor restaurant will serve lunch. The journey continues to Yerevan, passing by Mount Aragats and the Saghmosavank Monastery (Psalm Monastery) on the banks of the Kasakh River valley. Along the promenade is the Armenian alphabet letters monument, which was created in 2005 to commemorate the alphabet's 1600th anniversary. As soon as you enter the monastery, you'll be welcomed by a stunning vista of the canyon. In Yerevan, check in and unwind. The night will be spent at a hotel.

Day 8: Yerevan - Garni - Yerevan
The excursion will begin with a visit to the Azat River Canyon, which is a breathtaking site. Geghard, a UNESCO World Heritage Site dating from the 13th century, will be visited. The complex is surrounded by cliffs, and this one-of-a-kind monastery is carved out of the rock. The tour continues from the monastery to Garni, where the Symphony of Stones and a Hellenistic-style pagan temple may be seen. The sole extant pagan temple in the region is Garni, which was established in 77 AD.  For lunch, a traditional meal will be provided on the patio of a local homeowner. Visit the Yerevan Cognac Factory and the ARARAT Museum when you return to Yerevan to witness authentic craftsmanship and learn about the history of the Armenian cognac industry. Night at the hotel.

Day 9: Flight
Transfer to airport in the morning.